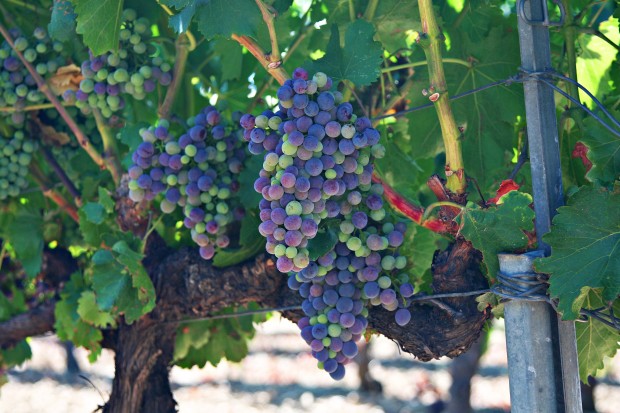 Death is, yes, an event. And yes, it is the closing of the curtain on our earthly life. But to focus solely on the closing curtain is to foolishly miss the message. It’s as foolish as saying that birth is just a painful experience for a mother. We as a species have been given the gift of knowing that we are going to die. And we have the choice to act on this knowledge or not. Choosing to accept our mortality, indeed embracing it, is the path to living life to the fullest and ultimately to dying without fear. Embracing our mortality provides us with a trellis on which the flowering vines of our life can flourish. Without the trellis, our life, like the unsupported vine, is a tangle of chaos, never reaching its potential or its full beauty.

How does this happen? To use examples straight out of Hallmark, if sunsets and flowers and summer showers were permanent, there would be no wonder at their appearance, nor would we pause and marvel at their uniqueness. We would become blind to their beauty. It is through our embrace of their transience, of their impermanence, and of their death that they acquire their beauty and emotional value. I have come to accept that there is nothing in our lives that lasts forever. But that realization brings value to all that I see and experience.

How about love? I’m a little more confounded about that one, because I honestly feel that there is a lingering whisper of the love between two people that defies death and is added to the song of the universe. Call me a FOS romantic; I proudly accept. But everyone has lived, and suffered from, the frailty of love, so from our worldly perspective, every moment of it is to be cherished as though it were as transient as that flower.

But for me the answer is not to live a life in the Hollywood sense that every day is your last. You know, take up skydiving, tell off the boss, eat five pounds of bacon…  Such actions are motivated by the fear of death, not its acceptance. I really hate it when people, with the best of intentions, ask about my ‘Bucket List,’ a term that to my reading gives more value to bungee jumping than to a re-reading of ‘The Grapes of Wrath.’ Sure there are many things that I could imagine doing that would bring me joy, but frenetically grasping for the extremes cheapens the time that I have left. Our lives are like a book, with a beginning, a story, and an end. What matters is the story, which evolves with the knowledge that there will be a conclusion. Life should not be a series of travel pamphlets, sequentially grasping at happiness in desperation. That’s the Hollywood script. It should be a story that progressively unfolds with the understanding, with the gentle backdrop, of impermanence. In this setting, every day, right to the last, gains importance and becomes a discovery of grace and beauty and an avenue to a life of purpose. Happiness inevitably follows. True happiness, not the Hollywood kind.

I think there is a misconception that accepting death implies an absence of sadness. Leaving this earth warrants sadness, and this should be openly acknowledged by all, allowing the full expression of our mutual love. But focusing on sadness becomes destructive if it becomes obsessive. Luckily, the bar is not set that high. This is to say that that death need not be viewed with joyous anticipation to be meaningfully accepted. Neither, though, does meaningful acceptance equate with begrudging resignation. One needs an understanding relationship with his or her own mortality to meaningfully accept it and to weave its power into a life.

Another misconception is to think that one has to give up their current life if they are to live with awareness and respect for their mortality. You don’t have to sell everything and join an ashram. You can still be a doctor, lawyer, carpenter, or trash man. In fact, I venture to say that you will be a better one and absolutely a happier one.

Nor need acceptance of one’s death arrive as an epiphany, as a lightning flash of gifted understanding. Undoubtedly for some it has, but not for me. This is because acceptance of ones mortality is, at its essence, a relinquishment. Most of us, certainly including myself, have traveled through life accumulating. Accumulating not just material objects, but also experiences, opinions, and prejudices. Granted some additions are valuable and positive, but so many are mere weigh – think of excessive possessions or negative emotions and motivations that dominate our time and attention. At one time or another, my pack has been bursting with such trivia. And this is a burden that selfishly demands replenishment, which keeps us isolated, self absorbed and unwilling to factor our mortality into our thoughts and actions. I have lived long periods in this nefarious isolation feeding a beast that kept me from seeing the miracles of love and life that surrounded me, depressingly unaware that a key to freedom was so available.

As begets a life of such material and emotional accumulation, relinquishment has been far from innate for me. The first hesitant steps were taken in the chemotherapy suite, where the realization of my commonality with others was at first frightful, but became comforting as I gazed into the eyes of others and saw peace, kindness, and wisdom, not fear. There was a complete absence of trivia: lives had been distilled to a purer essence. There was no longer an inclination to feed the beast. So I took a first hesitant step of letting go. It was as though I took a first step into a river, but thereafter the current brought me unerringly and comfortingly to my destination. First and most easily discarded was any desire for further material enrichment. After all, what object could provide balm to the acceptance of having nothing? So I gave up wanting any thing. But I found that even such a small relinquishment became the seed for a far greater dewar – life became more joyful, meaningful, and peaceful.

And more was gained with each step. What else was in my backpack?  Anger, self absorption, old grudges, judgmentalism, envy, jealousy. Within the framework of acknowledging my mortality, these could be progressively released. Or more accurately, they released themselves. Is there a limit? I do not know, but I wouldn’t be surprised if at some point, no doubt at the end, my sack will be practically weightless. So lightened that I will blow off in the wind. Maybe that’s what the soul does at death. But why not experience the miracle as much as possible now?