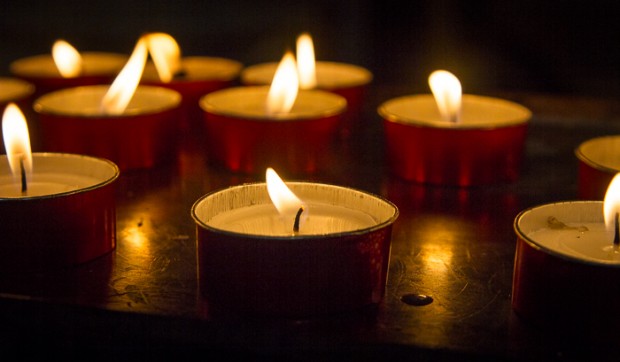 Granted, it’s not the most inviting of subjects, but if you ask people how they would like to die–something that I have done of late – there is considerable consensus. Most people want to die at home, in the presence of their loved ones, with tolerable pain and intact mind. All quite reasonable and generally achievable, at least for most of the process. If one questions a little deeper, however, things get a little murkier. I have found that most people avoid the topic of how they would like their final days or hours to unfold. That is, the last tough moments. I think that is why many people add that dying in their sleep would be ideal.

As a retired thoracic surgeon, I’ve seen many people die. I have witnessed the best and the worst of that event, and deaths from cancer are most often at the harsher end of the scale. And so, I harbor no illusions of a gentle passing into the night from my approaching death from prostate cancer. I, quite simply, know too much. No, I don’t know the specific details of which system will fail first, or what indignities will have to be borne by me and others, or how much physical pain I will endure and how much emotional pain I will pass to those in witness. Every death from cancer is different, but they have in common the consumption of the body brought on by both the choking mutiny of the cancer itself and the ravages of the failed medical attempts to slow it. Hopefully, the mind resists consumption until the end.

That is not to say that a death from cancer cannot be inspirational. The loss of the body does often miraculously spare the soul, sometimes just in glimpses, but occasionally in measurable duration, permitting a mantel of total peace and communality to descend upon all in attendance. When my time is due, I hope that I can be blessed with a small modicum of the grace that I have witnessed in others as they have left the most important people in their lives: a beautiful intersection of acceptance, gratitude, forgiveness, and love. A death from cancer can be unambiguously horrific and beautiful at the same time.

But it can also be welcomed. And more often than not, it is – by everyone. As the actual work of dying begins, the moments of beauty often dissolve into obscurity:  wait, was that a grimace or a smile?  And work it can be.  I anticipate my final days will ask those around me–those who love me–to perform progressively more unpleasant tasks for which I will feel gratitude but also enormous guilt. And the need will almost certainly continue beyond the time that all have accepted the inevitable. Ultimately, my exhausted survivors will be able to describe my passing as being ‘welcome,’ which it undoubtedly will be at that point.

So that’s the bad news. And I have been guilty of focusing upon it. And so I thought I had all this pretty well figured out. I’ve tried to cover all the bases for my family:  legal matters in order, obituary written, funeral service planned, finances awaiting the transition.  Why not add trying to diminish my family’s and friends’ grief to the list by limiting the time of futile caring for me? Dealing with suffering at some point becomes pointless. And left to its own flow, the body will almost always surrender long after the battle is lost. So let’s take control of that too and eliminate the unnecessarily painful runout. Surgeons like to control things, and this is a strong final statement of that desire.

And thus begins a descent into the rabbit hole of physician assisted suicide? Not so fast. First, I don’t live in a state where such is available. And second, it doesn’t matter. Any physician has a number of avenues for amassing sufficient drugs to end a life in minutes.  No need for details, but let’s just say mission accomplished in my case. So my plan has been that when I feel my existence is reduced to an unremitting burden, I guess for me, but especially for my family, I will summon as much bravery as I can, say my goodbyes, be left alone, say a prayer for my soul, and direct myself into the white light. As I say, I had this all figured out. Certainly not easy, but right. I felt that I was giving a final gift to my survivors, whom, by the way, I had kept sheltered from these thoughts.

It took my friend Peter to show me the selfishness of this plan.

Peter is proof that men can indeed form strong friendships later in life. I was introduced to him in his capacity as an artist, and I sought him out for a project that I had been contemplating for some time:  to help me with the building of a wooden coffin in which I will be cremated.  I grant that this is an unusual undertaking. For me, however, the project has kept me aware of my ultimate fate while urging the best use of every minute remaining. It has been enormously positive. The project had the added benefit of relieving my family of one more task. One more check on the list.

Over several weeks, Peter and I made a beautiful box, and in the process became devoted friends where every topic of conversation gained legitimacy. At some point, I brought up my plan to exercise some control over the last days of my life, emphasizing my desire to spare my family and friends unnecessary pain.

He said that he wanted to think about that one.

Peter’s beauty flows from a rare overlap of exuberant creativity and profound soulfulness. No doubt some of the latter stems from his experience in caring for his beloved mother as she died from lung cancer.  Furthermore, for three years in college, he started each day providing the needs of a young quadriplegic. Peter does not recoil from the unpleasant shadows of life, and this courage has bestowed him with considerable wisdom.

One day during a break from our sanding, he paused, and said to me, “You know, Jeff, it’s not just you doing the dying here.”

“Tell me what you mean.”

“Sometimes you act as though you are the only one dealing with the finality of your life–that somehow you can take ownership of the whole process and spare others their grief and suffering. You need to understand that those who love you need to suffer with you, both now and at the end, so that they can begin to accept your death. Otherwise, you just vanish. And if you just vanish, you rob people of the opportunity to show you their love; you rob them of the chance to begin understanding why you need to leave them. You also rob yourself of moments during which you and your family and friends might have the most meaningful communication of your lives. Don’t forget how lucky you are to have the opportunity to speak openly and to and to listen to those who love you. And you have the time to start now.

“And all this includes me.  Like many around you, I need to experience your death in its entirety to fully grasp it. Part of me is going to die with you, and I have to grieve that loss as best I can: I dread it, but I need to suffer with you so we both understand why you have to leave. I will be incredibly angry with you if you decide to end everything at the first signs of difficulty. I know you think you would be doing us a favor, but, in fact, it would be just the opposite. I know your family will gladly be with you at the end, but if they should ever tire, I will be there. I will sit with you, I will bathe you, I will carry you into the bathroom.  I want to–no, I need to–do these things for you and for me.”

It was very much my turn to think.

Of all that Peter had just told me, what caused the greatest immediate impact was his threat of anger. Quite simply, it hadn’t occurred to me that all my planning–motivated by my love of family and friends and my desire to spare them pain–could result in such a contradictory response. It was the last thing that I wanted. It was also apparent that others have a lot to teach me about this dying thing.

So, I have followed Peter’s advice and stepped back from obsessively micromanaging the end of my life. No small relinquishment for a controlling, problem-solving sort like me.  No, I will take what comes, being accepting of suffering and praying for enlightenment, both for myself and those with me. In the meantime, I have opened myself to other people’s thoughts about death and their experiences with the dying.  There is comfort in realizing how much there is to share in the face of the starkest of life’s realities. By heeding this lesson in dying, more than ever before I feel the love and sustenance of the community that surrounds me, and I celebrate the opportunity to return that love and to provide an example of dying that is hopefully meaningful to those who live on.